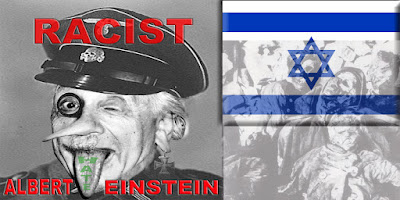 Henrik Palmgren of Red Ice Radio interviewed me on 16 February 2016. It was a fantastic interview! We covered many important topics and spoke for over two hours. A YouTube video is in the works. The first hour of audio is posted here:

The audio of the full interview appears here (membership required):

We discussed my books:

Additional information related to the interview can be found in the following list of links.

I proved the fact that the jews view Gentiles as if subhuman cattle, whom the jews intend to exterminate, in the following blog articles:

In Defense of the Truth and the Right to Speak It: O'Connell Is Innocent: Jews Are Racists. Part 1, January 23, 2010

The Old Testament Is Hate Literature and an Incitement to Genocide

A State Within a State: The Racist Jewish Fifth Column and Fourth Estate in America

I discussed the myth of the Jewish Year 6000 in several articles, and the following links recap most of them:

The cabalistic maxim As Above, So Below, is discussed here:

"As Above, So Below!" The Jews Are Out to Destroy the Guardian Angels of the Goyim, the Animals and the Plants. . . to Destroy All of Creation

This Physics World article, states among other things, "Poincaré had stated that electromagnetic radiation had a momentum and thus effectively a mass, according to E = mc2."–"Did Einstein discover E = mc2?"

I mentioned that Herbert Ives proved that Einstein's derivation of E=mc^2 was circular, and that Ives recognized Poincare's priority for E=mc^2. Here is the citation and full article in pdf: Herbert E. Ives, "Derivation of the Mass-Energy Relation", Journal of the Optical Society of America, Volume 42, (1952), p. 540

The letter which is translated in "Waters Flowing Eastward" states:

In 1492, Chemor, chief Rabbi of Spain, wrote to the Grand Sanhedrin, which had its seat in Constantinople, for advice, when a Spanish law threatened expulsion.2 This was the reply: " Beloved brethren in Moses, we have received your letter in which you tell us of the anxieties and misfortunes which you are enduring. We are pierced by as great pain to hear it as yourselves.

The advice of the Grand Satraps and Rabbis is the following:

1. As for what you say that the King of Spain 3 obliges you to become Christians: do it, since you cannot do otherwise.

2. As for what you say about the command to despoil you of your property: make your sons merchants that they may despoil, little by little, the Christians of theirs.

3. As for what you say about making attempts on your lives: make your sons doctors and apothecaries, that they may take away Christians' lives.

4. As for what you say of their destroying your syna gogues: make your sons canons and clerics in order that they may destroy their churches.

5. As for the many other vexations you complain of: arrange that your sons become advocates and lawyers, and see that they always mix in affairs of State, that by putting Christians under your yoke you may dominate the world and be avenged on them.

6. Do not swerve from this order that we give you, because you will find by experience that, humiliated as you are, you will reach the actuality of power.

(Signed) PRINCE OF THE JEWS OF CONSTANTINOPLE."

When using the term 'the speed of light' it is sometimes necessary to make the distinction between its one-way speed and its two-way speed. The "one-way" speed of light from a source to a detector, cannot be measured independently of a convention as to how to synchronize the clocks at the source and the detector. What can however be experimentally measured is the round-trip speed (or "two-way" speed of light) from the source to the detector and back again. Albert Einstein chose a synchronization convention (see Einstein synchronization) that made the one-way speed equal to the two-way speed. The constancy of the one-way speed in any given inertial frame, is the basis of his special theory of relativity although all experimentally verifiable predictions of this theory do not depend on that convention.[1][2]

Experiments that attempted to directly probe the one-way speed of light independent of synchronization have been proposed, but none has succeeded in doing so.[3] Those experiments directly establish that synchronization with slow clock-transport is equivalent to Einstein synchronization, which is an important feature of special relativity. Though those experiments don't directly establish the isotropy of the one-way speed of light, because it was shown that slow clock-transport, the laws of motion, and the way inertial reference frames are defined, already involve the assumption of isotropic one-way speeds and thus are conventional as well.[4] In general, it was shown that these experiments are consistent with anisotropic one-way light speed as long as the two-way light speed is isotropic.[1][5]

Posted by Christopher Jon Bjerknes at 8:57 AM