Ishmael in the Land of Esau, Why the Jews Have Sent the Muslims into Europe as an Act of Genocide 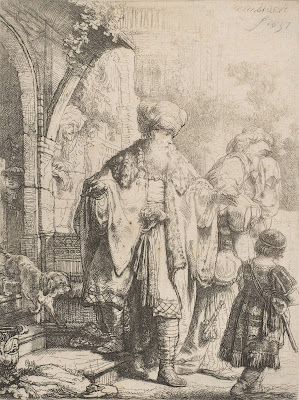 The jews believe that only jews are men. According to the jews, Arabs are "asses". This belief comes straight out of the jewish hate literature known to most as the "Old Testament". Ezekiel 23:20 states:

"Yet she multiplied her whoredoms, in calling to remembrance the days of her youth, wherein she had played the harlot in the land of Egypt. For she doted upon their paramours, whose flesh is as the flesh of asses, and whose issue is like the issue of horses." [Cf. The Babylonian Talmud, Tractate Berakoth, Folio 58a.]

"And ye my flock, the flock of my pasture, are men, and I am your God, saith the Lord GOD."

To the jews, this passage means that only jews are human beings, and that Gentiles are beasts of the fields. [Cf. The Babylonian Talmud, Tractate Baba Mezia, Folios 108b & 114b; Tractate Kerithoth, Folio 6b; and Tractate Yebamoth, Folio 61a]

Muslims believe that they inherited God's covenant (Genesis 15:18) from Abraham through Abraham's firstborn child Ishmael, son of Abraham and Hagar. Jews believe that the jewish god instead passed the covenant on to Isaac (Genesis 17:19-21), who was later born to Abraham and Sarah. Ishmael is the biblical father of the Arabs, and has more generally come to symbolize all Muslims. The racist jews refer to Arabs, and Muslims in general, as "Ishmaelites".

"And [Ishmael] will be a wild man; his hand will be against every man, and every man's hand against him; and he shall dwell in the presence of all his brethren."

This text reveals to us why the jews are unleashing savage Ishmaelites in White nations. The jews are artificially fulfilling their prophecies in order to bring about our destruction, and their rise as sole inhabitants of the Earth. The jews are pitting the Muslims against Whites, and placing them in our midst, just as the jews pitted Whites against Muslims and sent us into their nations to destroy them.

Jews believe that jewish law expressed in the Talmud grants them special license to murder "Ishmaelites". In addition to the virulently anti-Gentile passages found throughout the Hebrew Bible and in the Talmud and the Zohar, the Talmudic book of Sukkah, folio 52b, not only dehumanizes Arabs, and in the jews' eyes, the Muslims in general, it makes them the enemies of the jewish god,

The Zohar, Volume 3, page 282a, degrades Jesus Christ, as does the Talmud. It also degrades the Prophet Mohammed,

"From the side of idolatry Shabbethaj (Saturn) is called Lilith [Footnote: Lilith is a female demon, comp. Is. XXXIV. 14 and Weber, Altsynagogale palaestinische Theologie, p. 246.], mixed dung, on account of the filth mixed from all kinds of dirt and worms, into which they throw dead dogs and dead asses, the sons of 'Esau and Ishma'el, and there (read [Hebrew deleted]) Jesus and Mohammed, who are dead dogs, are buried among them. She (Lilith) is the grave of idolatry, where they bury the uncircumcised, (who are) dead dogs, abomination and bad smell, soiled and fetid, a bad family. She (Lilith) is the ligament [Footnote: {Hebrew deleted} is a fibre attached to the lungs] which holds fast the 'mixed multitude' (Ex. xii. 38), which is mixed among Israel, and which holds fast bone and flesh, that is, the sons of 'Esau and Ishma'el, dead bone and unclean flesh torn of beasts in the field, of which it is said (Ex. xxii. 31): 'Ye shall cast it to the dogs.'"—G. Dalman, Jesus Christ in the Talmud, Midrash, Zohar, and the Liturgy of the Synagogue, Deighton Bell, Cambridge, (1893), p. 40.

For jews, Muslims are the practitioners and enforcers of the Noahide Laws iterated in the Babylonian Talmud, Tractate Sanhedrin, which call for the beheading of Christian idolaters. The jews instigated the execution of Jesus Christ and poisoned the Prophet Mohammed. To the jews both murderous acts are also symbolic acts and acts of sympathetic magic signifying and provoking the extermination of Esau (Europeans) and Ishmael (Islam) at the points of one another's swords.

Posted by Christopher Jon Bjerknes at 11:55 AM