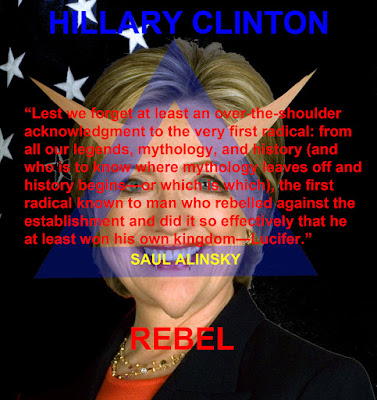 "Lest we forget at least an over-the-shoulder acknowledgment to the very first radical: from all our legends, mythology, and history (and who is to know where mythology leaves off and history begins—or which is which), the first radical known to man who rebelled against the establishment and did it so effectively that he at least won his own kingdom—Lucifer."

Dark witch Hillary Clinton is a communist rebel with a cause, to destroy God's creation and with it, America. She is our enemy and is mentally sick and perverse. She has no morality and wants us dead. She is the perfect tool for the jews.