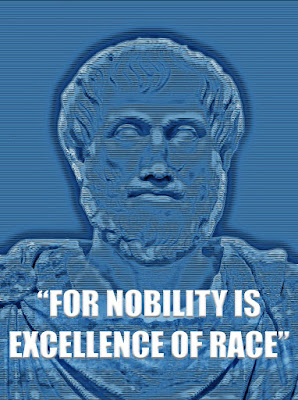 I don’t like the term "Flash Mob," but I do like the concept. Basically, a group of like minded individuals mysteriously coalesces at a given spot to hold a public performance. This places the unsuspecting observers in a trance-like state of wonderment. That leaves them highly suggestible to a political message. Whether the witnesses agree, or not, with the message, or even know what it is, they will be effected by it and they will remember what they have seen.

As quickly and as magically as the show begins, it ends. And the ethereal actors vanish into the crowd leaving behind only their impression on the minds of the spectators as they disappear into memory. I will call this "Spontaneous Combustion" burning down the barriers to free speech the antifa and other Bolsheviks have erected to silence us. I suggest we engage in Spontaneous Combustion and ignite a fire to the movement.

This Heraclitean firestorm will provide the energy needed for the chemical reactions that will take place in our people's minds when they confront reality–not the made up reality force fed them and viewed through the lens of a cell phone or computer monitor–but the sights, sounds, smells, taste and feelings of men and women barking the truth into their faces at point blank range without the physical violence, interruption and distraction of masked lesbians tasked with preventing reasoned discourse and engaging in cowardly and illegal open warfare. Change requires energy, fire to set in motion the forces which remold our existence into new forms.

In violation of our fundamental human rights, the Bolsheviks have destroyed our rights of free speech. They boycott us. They monopolize the market place of ideas and illegally exclude us from its streets. They terrorize us, our families and our communities. The Bolsheviks try to make it impossible for us to express ourselves to the public.

One of their methods of illegal intimidation is to make it impossible for us to earn a living and provide for our families by doxing us and intimidating our employers and those who have contracted with us to provide us with services, while they hide behinds masks to commit murder and mayhem. Technology provides us with the means to overcome this very real existential anger. We can build free speech robots and holographic professors.

It would be a very interesting social and law enforcement experiment to construct a remotely controlled robot and send it into the streets of a large city with its head spinning in all directions asking the rhetorical question, "What happened to all the White People?!" We could covertly video the reactions of people and the crimes they would commit to silence even a machine.

In like manner, we could construct a large hologram to project the image of a standing speaker. We could surround it with bullet proof glass and leave it on a parked and unhitched trailer, then remotely activate it. The "Virtual Professor" would then give a lecture on the destruction of Western Civilization. The reaction of people and their crimes could then be covertly recorded. A ground level storefront with a TV in the window could be made to serve the same purpose, or just a TV left near the street where legal to do so.

There is no need to surrender to the Bolsheviks. There is a need to be creative and take advantage of technology. And we need to do it now.

Posted by Christopher Jon Bjerknes at 9:53 AM