KINDLE Burned My Book Due to Its "Subject Matter" 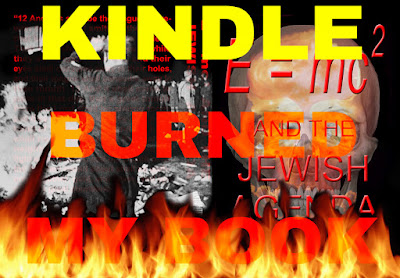 The ebook publisher with the ironic name "Kindle" has effectively burned my book E = mc2 and the Jewish Agenda. The most dangerous monopoly is a monopoly over the marketplace of ideas. Heinrich Heine famously iterated the admonition, "Dort, wo man Bücher verbrennt, verbrennt man am Ende auch Menschen" "Where they burn books, they will also burn people in the end."

Kindle's selective discrimination against my work due to its "subject matter" inhibits my ability to engage in free and fair trade and compete with other authors and booksellers on a level playing field. It also creates a monopolistic hurdle that I cannot overcome, which restricts my ability to engage in interstate and international commerce as effectively as those who have not been censored.

Instead of attempting to refute what I have written with facts and logic, Kindle is censoring me by banning the "subject matter" of my book. Why? Are my words irrefutable? If so, why do they keep the public from knowing what I have said? They are not only violating my fundamental human rights to free speech and my rights to engage in free and fair trade in an open marketplace, they are violating the public's rights to know what I have to say.

But Kindle has not only burned my book, they have also lit a fire in me. I now have an increasingly burning desire to reveal the truth to millions of people, which they cannot extinguish by burning my book.

It is quite disappointing that they have burned my book, rather than kindle ideas. 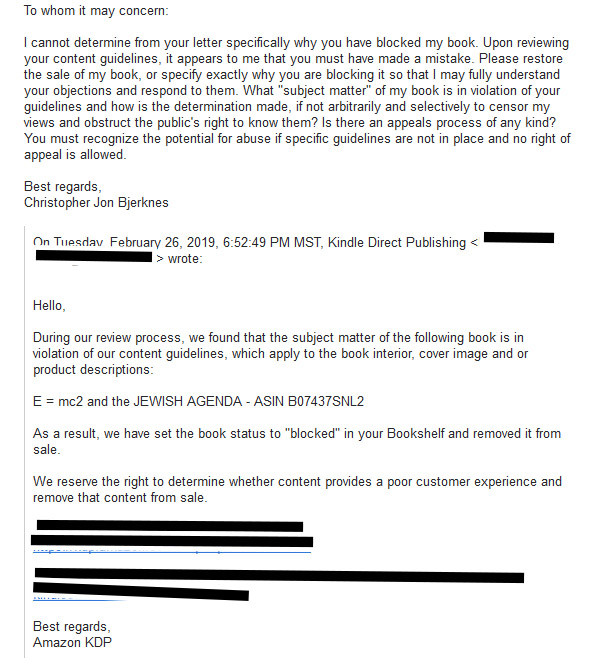 If anyone knows of publishers who will not censor my book's "subject matter" please let me know.