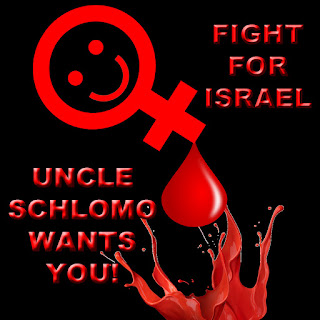 Three things in the ABC Republican primary debate struck me as especially significant. Christie, Bush and Rubio each voiced their support for a call to force draft age females to register for the Selective Service System. Women will be forced to serve in all our combat forces.

Has anyone considered the fate that will befall many women should they be captured, the brutal gang rapes, the dismemberment, the unspeakable sexual torture? What type of warfare is the government contemplating, that it believes it is necessary to gather a pool of our women to fight? What sort of horrific war are they planning the scale and nature of which would require not only all of our draft age men to fight, but all of our women as well? I thought technological advances were making our fighting forces more efficient and less dependent on numbers, while more reliant on training and capability.

Since it is apparent that they are planning for massive warfare and enormous casualties, would it not be wise to save our women to restock our population? Or, do they want us all dead in this coming war they are planning, even our descendants?

Our nation has never called upon our women with a draft. Though there are women who serve today, they do not represent women in general, as the men who serve today generally represent not only the men of our generation, but the men of countless generations which preceded us. It is not to be expected that a draft will draw out the best and fittest fighters among our women, as volunteer service is apt to do. Nature has obviously made men generally the fitter warriors, and fallen men can be replaced by babies in the bellies of our women. Taking our fittest women to the battlefront in their prime child bearing years will have an even worse dysgenic and existential effect on our birthrates and population than the modern wars have had on France, Russia and Germany by slaughtering their best men and interrupting their lives during their prime child producing years.

Chris Christie obscenely portrayed obliging our women to register for the draft as if it were an act of kindness to them, finally granting them their civil right to do what women have never been forced to do before, flee their families and face rape and sexual slavery and torture on the battlefield. Who will watch the children of these women while they fight, and should the children be orphaned, the State? Is that the bolshevik plan? It is not enough that now both parents must work to earn a living wage for the family, now they both must fight wars for the jews? Christie is so good to us, and so kind to our women, that he wants to see them slaughtered as a sacrifice to jewry as his gift to them and to progress.

Rubio was the only candidate to point out that Obama is destroying our nation on purpose, rather than through incompetence. None of the candidates spoke the full truth, that Obama is controlled by his jews, and the jewish money men behind them. Trump joined the chorus lying to the American People and excusing Obama for treachery, by instead claiming that Obama was simply incompetent, but had our best interests at heart and would do the right thing if he knew what it was.

Trump pointed out the barbarity of ISIS and then implied that he planned to match it on some levels, by stating that he would not only support waterboarding, but far more intense tortures. Trump is also issuing worrisome jingoisms calling for more US war in the Middle East. He never states who is our worst enemy in the region, Israel, which is eager to side with Russia against us, because Russia, like Israel, has no respect for human rights.

Big bad things are coming soon and our government is preparing us to accept these inhuman horrors as if normal. None of the candidates for our highest office had anything to say about how they would strengthen our families, better our children and brighten the future. They were too busy talking up how they would murder and maim our citizens as soon as they took office.