Let Germany Be a Lesson to You 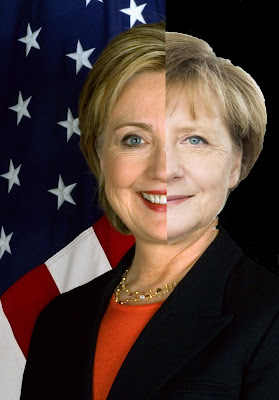 We do not want Hillary Clinton for President. She will be worse than Obama, and will flood America with Middle Easterners, Asians and Africans, just like career communist Angela Merkel has done to Germany, only worse.

Both Hillary Clinton and Angela Merkel have been carefully groomed at the highest levels of the communist international to lead the genocide of the White Race. They are the worst form of enemies, traitors.

If you want to know what Clinton will bring to America, look at what career communist Angela Merkel has brought Germany. Hundreds of millions of Asians, Middle Easterners and Africans are headed our way should another Clinton take the office of the White House, I mean Mulatto House.

Posted by Christopher Jon Bjerknes at 7:54 AM