Martin Luther, Johann Eisenmenger and Johannes Buxtorf on the Jews and Their War Against Mankind 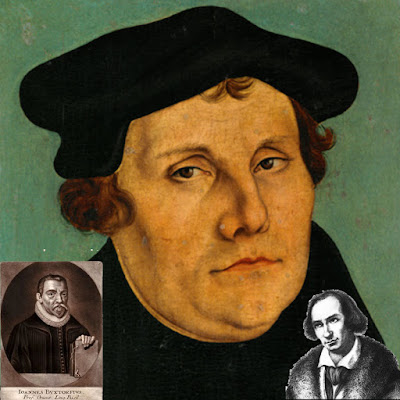 There are three classic texts which disclose the jewish war on humanity. These are: Martin Luther's On the Jews and Their Lies, Johann Eisenmenger's Rabbinical Literature: Or, The Traditions of the Jews, Johannes Buxtorf's The Jewish Synagogue:

English translation On the Jews and Their Lies

English translation, Rabbinical literature: or, the traditions of the Jews, contained in their ... By Johann Andreas Eisenmenger

Posted by Christopher Jon Bjerknes at 8:51 AM

Two of My Recent Interviews Now Available on YouTube

Henrik Palmgren of Red Ice Radio interviewed me on 16 February 2016, and the first half of the interview is now on YouTube as "Christopher Jon Bjerknes - Albert Einstein: The Myth, the Plagiarist & the Zionist - Hour 1"

A number of people have written to me to let me know that they are having difficulty hearing my voice in many of the interviews. Someone has made an improved audio of the Charles Giuliani interview of 3 February 2016 with an equalized voice soundtrack and posted it on YouTube (Thank you so much for the time and effort it took to do this! It is very helpful and I greatly appreciate it!):

A correspondent has written to me with the suggestion that I do solo presentations, as well as interviews, and post them on YouTube. I think it is a good idea and will try it soon.