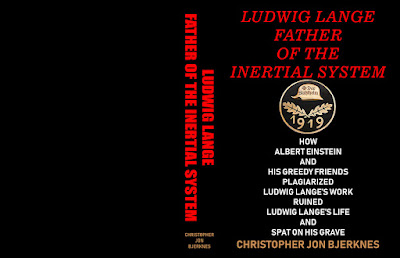 On Wednesday, 18 July 2018, Kara Swisher of Recode interviewed Mark Zuckerberg. He informed her that he did not believe Holocaust revisionists should be censored on facebook. A firestorm of criticism erupted from the Jews and Zuckerberg was a lonely voice defending the right of free speech.

Zuckerberg is member of the tribe. Jews are not supposed to inform on the tribe, or side with Gentiles against the Jews. The punishment set forth in Jewish law for disloyalty is death. A Jew who reveals secrets of the Jews is referred to as a "Moser" and the law of din Moser imposes a death sentence on those Jews who betray their fellow Jews to the judgement of Gentiles.

Israel Shahak and Norton Mezvinsky wrote in their book Jewish Fundamentalism in Israel,

"Two additional halachic laws are of special importance both generally and specifically when related to the Rabin assassination. These two laws, employed since talmudic times to kill Jews, were invoked by the assassin, Yigal Amir, as his justification for killing Prime Minister Rabin and are still emphasized by Jews who approved or have barely condemned that assassination. These are the 'law of the pursuer' (din rodef) and the 'law of the informer' (din moser).

[Notation:--'Moser,' the Hebrew word for informer, is a terrible insult for Jews, similar to the word 'collaborator' for Palestinians.]

The first law commands every Jew to kill or to wound severely any Jew who is perceived as intending to kill another Jew. According to halachic commentaries, it is not necessary to see such a person pursuing a Jewish victim. It is enough if rabbinic authorities, or even competent scholars, announce that the law of the pursuer applies to such a person. The second law commands every Jew to kill or wound severely any Jew who, without a decision of a competent rabbinical authority, has informed non-Jews, especially non-Jewish authorities, about Jewish affairs or who has given them information about Jewish property or who has delivered Jewish persons or property to their rule or authority. Competent religious authorities are empowered to do, and at times have done, those things forbidden to other Jews in the second law. During the long period of incitement preceding the Rabin assassination, many Haredi and messianic writers applied these laws to Rabin and other Israeli leaders. The religious insiders based themselves on later developments in Halacha that came to include other categories of Jews who were defined as 'those to whom the law of the pursuer' applied. Every Jew had a religious duty to kill those Jews who were so included. Historically, Jews in the diaspora followed this law whenever possible, until at least the advent of the modern state. In the Tsarist Empire Jews followed this law until well into the nineteenth century."--I. Shahak and N. Mezvinsky, Jewish Fundamentalism in Israel, Pluto Press, London, (1999), pp. 137-138.

Taking Zuckerberg's life would have been a bit too obvious and severely counterproductive. Taking $16 billion is severe punishment. They will watch and see if he has learned his lesson.

The controversy over Mark Zuckerberg's comments on Holocaust denial, explained: The hard problem of how and when Facebook should regulate speech. By Ezra Klein